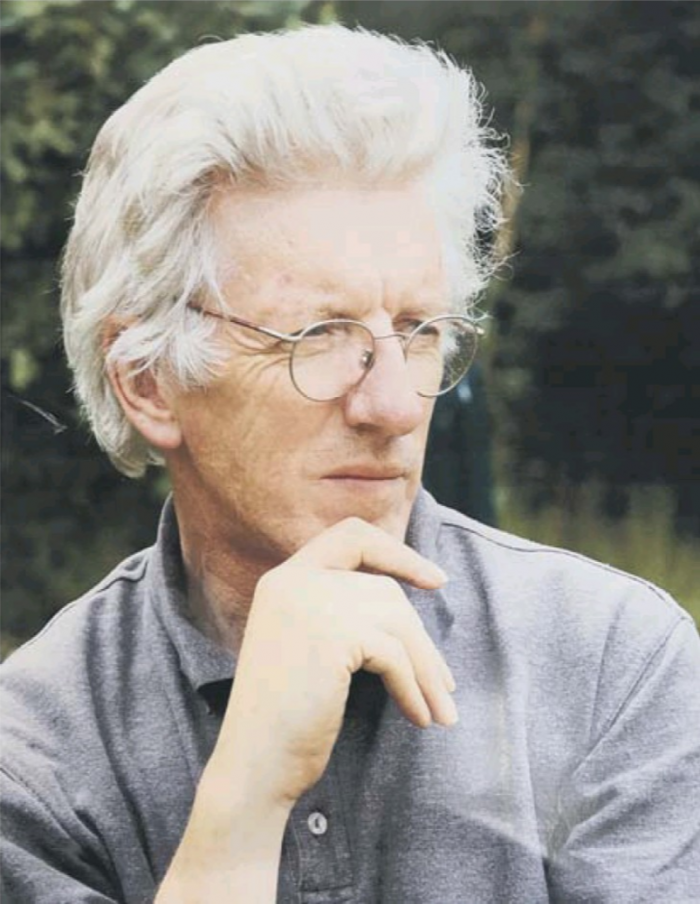 Everyone at LDN was deeply saddened by the passing of former partner, colleague and friend Colin Ross at the beginning of July. The following is taken from his obituary in The Scotsman, written by Sir James Dunbar-Nasmith and published on the 14th of July.

Colin Ross was born into a farming family in East Lothian and, although becoming a very successful architect, retained his rural interests throughout his life, finally retiring to a beautifully converted forester’s cottage in Trinafour, Perthshire. Educated at Knox Academy in Haddington he went on to study architecture at Edinburgh University. As a student, he was once told by a tutor that his designs were beautiful but that he wrote like a ploughboy – to which he replied “But I AM a ploughboy”.

Although he remained principally a practicing architect throughout his career, he found the time to engage in a wide range of peripheral activities that were of great benefit to the profession and the community. He became Convener of the RIAS Practice Committee and then Chair of the Examination Board in Scotland. As a result of this, he was invited to join the Practitioner Certification Committee of the Institute of Chartered Accountants in Scotland which he once described as an arcane world, almost as mad as architects. In 1994 he became the only architect on the newly formed Scottish Arts Council Lottery Committee. He was also invited to become one of Her Majesty’s Commissioners at the Queen Victoria School, Dunblane. After retirement he served on the Edinburgh Festival Theatres Trust and inevitably got involved in local affairs at Trinafour, becoming Chairman of the Community Council.

All this, however, came second to his work as an architect. Within two years of qualifying, he was invited by the two original partners to join the practice of Law and Dunbar-Nasmith, now known as LDN Architects, which had been in existence for some fifteen years, and remained with it until his retirement, a most happy decision for all concerned. He soon became one of the first four Associates in the firm and subsequently accepted a Partnership.

As a Partner he rapidly assumed responsibility for some of the practice’s most prestigious jobs and, gradually took on the financial management of the firm at which he proved brilliant. However, it is as the architect of some really inspired buildings that he would wish to be remembered – buildings that give delight to hundreds of people daily and will continue to do so for years to come. The restoration of Fort George, the new Maltings Theatre and Arts Centre in Berwick, the extensions to the Pitlochry Theatre and the Usher Hall, the new Music School at Dollar Academy, the major alterations to the Birmingham Hippodrome and, above all, the Edinburgh Festival Theatre. This is a record of involvement in public buildings that has been equalled by few Scottish architects and is a great source of pride to his practice and his family.

Such a record would be enough for most architects but he also successfully guided the initial stages of the development of the Holyrood Brewery site, the SAGE development in Gateshead and the Gateway development at the Royal Botanic Garden. It was in such studies that his formidable intelligence bore fruit in identifying the key aspects of the projects so that the competitors had a clear brief as to what was required. His intelligence was allied to an unshakeable integrity, immediately apparent to anyone working with him, which simply would not accept anything second-rate or thoughtless. This made him an inspiration to his colleagues.

His family life was as happy as his professional one. Married for 47 years to his wife, Meg, who became a book editor in order to allow her to work from home and bring up their three talented children, he lived to see and enjoy his six grandchildren. He will be greatly missed by all of them. 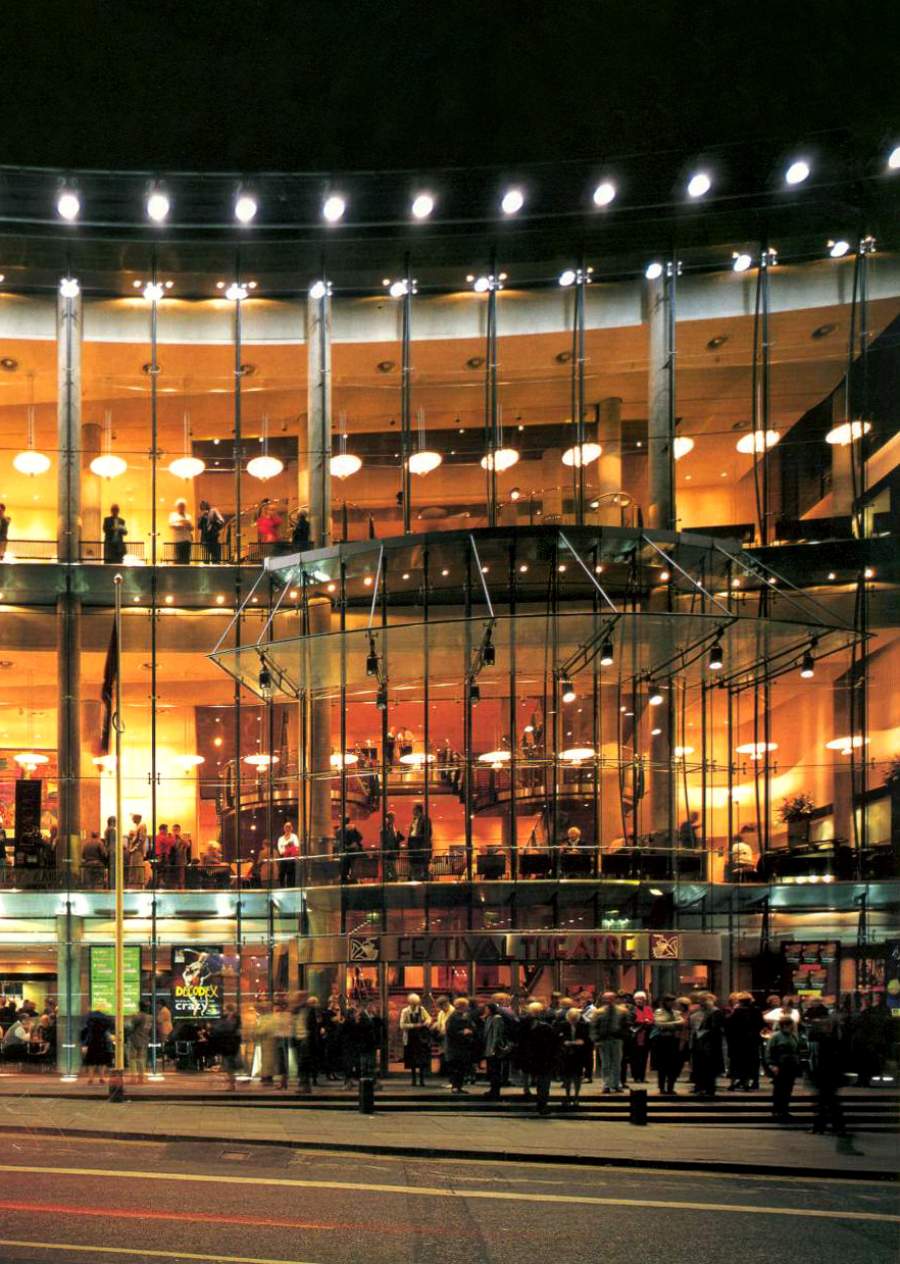 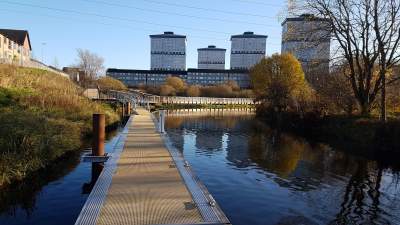 The Claypits is a recently completed project for Scottish Canals which is beginning to receive some recognition; gaining a Commendation in this year's Scottish Design Awards in the Public Realm and Landscape categories and winning a whole Pineapple Award for public space! (read more...) 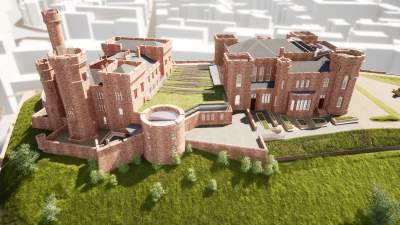 LDN Architects is delighted that the next step in the transformation of Inverness Castle is now underway with the appointment of Bancon Construction Ltd as the main Contractor. We are excited to get the project onto site and start bringing the spaces to life over the next few years, and look forward to working with our colleagues at Gardiner &... (read more...) 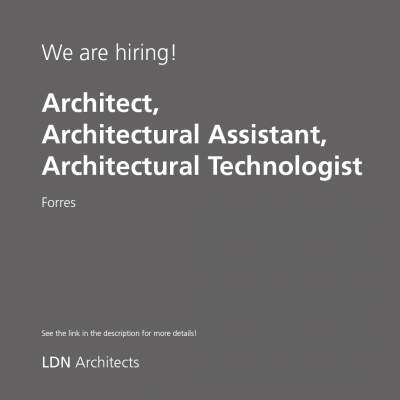 WE ARE HIRINGThanks to a breadth and diversity of exciting commissions, we are looking for talented Architectural Technologists, Architectural Assistants and Project Architects to join our fantastic team in Forres, Moray, tending to projects across Scotland.We offer a nurturing environment, flexible working conditions and a place for your career to grow in a dynamic and well-established practice.Applicants should be passionate,... (read more...)