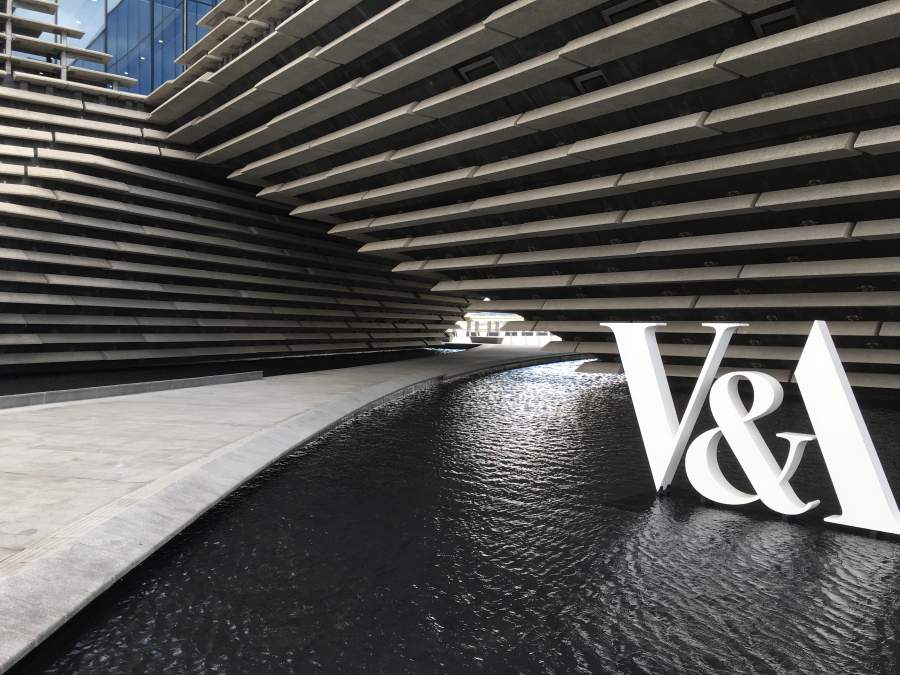 Rod from our Forres office was lucky enough to be invited for a visit to the new V&A Dundee before it opened its doors to the public a couple of weeks ago. He wrote the following article about the building, which will be published in the November issue of the British Journal of General Practice. 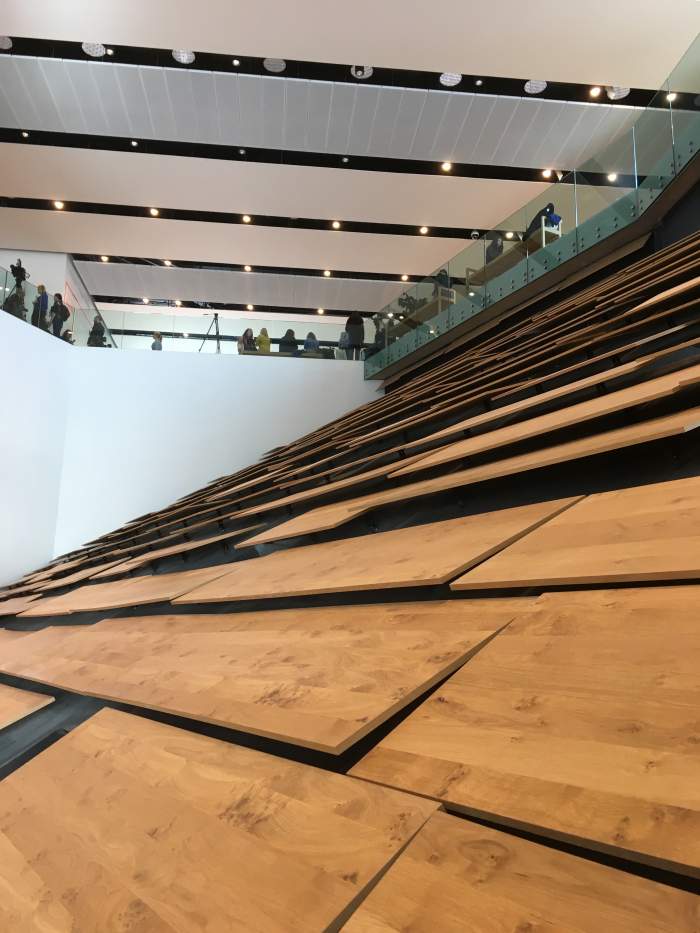 In addressing the assembled media, the rather poetic metaphor first used by the architect Kengo Kuma as he described the building was that of a sea cliff; something which strove to mediate between land and water, city and landscape. An abstract reference but one that has clearly provided a rich seam for exploration in architectural form. On a more prosaic but nevertheless equally aspirational note, he also wished the museum to provide a new “living room” for the city. This latter is something which, if successfully realised, might perhaps offer more tangible benefits to the good people of Dundee. John Alexander, the (astonishingly young) leader of the City Council, also made play on the idea and went further to suggest that the coming of this new institution put “new fire in the belly of Dundonians”.

High aspirations indeed but exactly the kind of social and sensual mixture which an architect of good conscience and ability will seek to combine in a coherent whole. This is perhaps not so very far from treating the person as well as the disease, the mind as well as the body – a comparison that I’ve explored in this journal before1. The question is then, does Kuma manage this at the Dundee V&A — to instil not only satisfaction but joy; to both provide and transcend utility?

The risks are high. Bilbao often gets a name check whenever new, high-profile buildings feature as the jewels in the crown of urban regeneration2.


Despite Bilbao’s huge success, many that have followed less skilfully in its footsteps have proven white elephants, ultimately little more than vacant architectural bling. So when the inevitable question came up, Kuma was at pains to differentiate. Bilbao is a “shining monument” he replied (hard not to interpret that as a bit of a put‐down); his building was quieter, less demonstrative and as much about the relationships with other things as an object in itself.

I think he is right and that the V&A does and will succeed. People in Dundee will take their visitors to see it, often just to share a drink in their new “living room” overlooking the Tay. They will come to view an exhibition or be taken to one of its workshops by their teacher. The odd wedding photograph will be taken by the shallow pools from which the edifice rises. Climbing the gracious stair grandparents may pause for a breath on one of its several landings. Visiting dignitaries will be hosted in its great hall and all the while cyclists and pedestrians simply taking a stroll along the waterfront will be quietly but spectacularly channelled through its cave-like form. 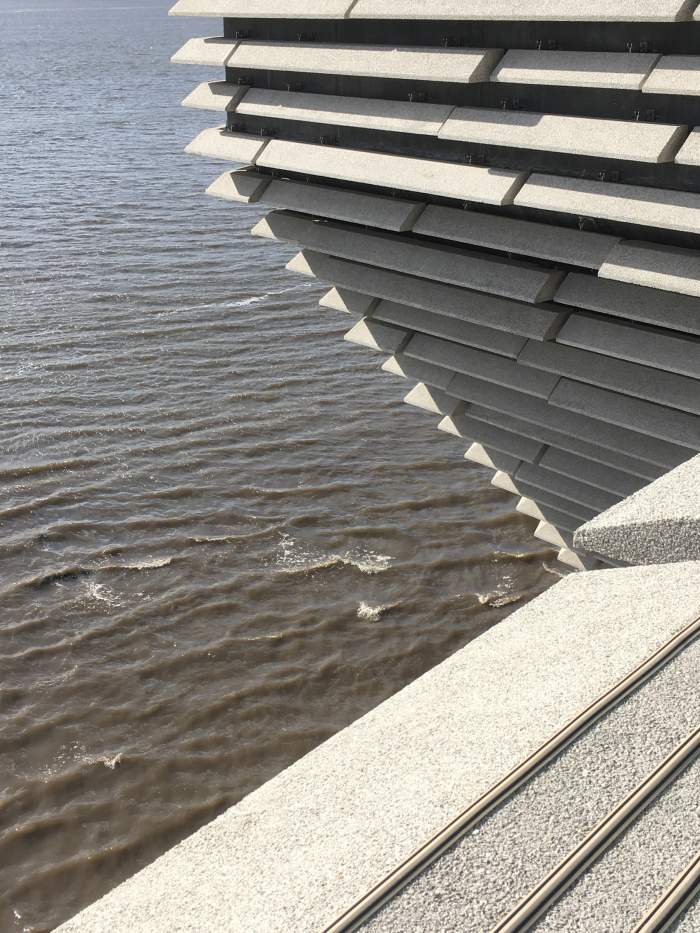 To its great credit the building works at all these levels but I feel its greatest success is perhaps spatial – here it is both exciting and surprising and, critically, generous. Generous inside with freedom to move, pause, breathe in and spread your wings. On which point one hopes that sea birds will come to nest on Dundee’s new cliff, generously accommodated on its omnipresent concrete ledges, crapping happily into the waters and pavements below. Notably, the public terraces are already kitted out with electrically charged deterrents but a part of me does hope that these will not proliferate.

The building is not without its flaws. While the metaphor of the cliff has furnished the building with a wonderful stratified texture and softly fragmented outlines, the formal nod to Scott’s Discovery in the neighbouring dock is by comparison banal and far less rewarding. Public building and infrastructure work almost invariably comes in over the original budget and the V&A is no exception (although a cool double is pretty modest with reference to some notable comparators3). Costs have been saved, which is felt primarily in the details and materials. Originally intended to be actually built out of an expressed, stratified concrete, this is a cheaper, more conventional construction which has been hung – decorated indeed – with pieces of precast concrete on brackets. At a distance still lovely but less convincing close to hand. The fantastic sensibility to materiality which pervades much of Kuma’s work is to a degree lost here.

Such savings are perhaps forgivable however in the sense that the outcome they have helped to enable is undoubtedly fine.

The star of the show remains, for me, the genuine exploration of architectural space both inside and out – something which one does not see often enough in contemporary buildings. Finding a break in the inscrutable, cliff‐like exterior one arrives in the compact base of a great bowl of space which seems to grow exponentially to its rim. And guess what’s up there, on the huge, expansive, sociable, piano nobile? 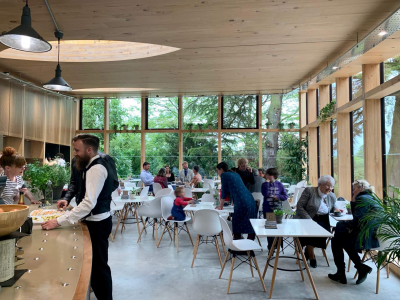 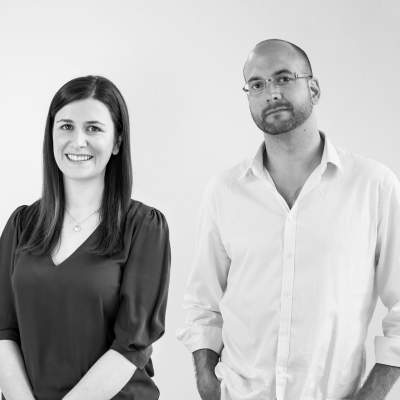 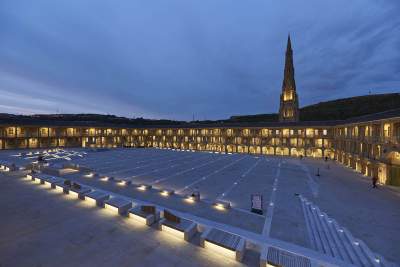 The Power of Heritage-based Regeneration

“Every £1 spent on operating Halifax’s historic Piece Hall is generating at least £5.30 for the local economy, a new report has revealed” (read more...)